Brahmagiri is situated at a vantage point, from where it’s very easy to travel short distances and visit several local attractions. Of course, the resort is on the banks of the Kajali River, and it’s possible to walk through our nature trail and reach the river and experience its beauty. But, there are many other tourist attractions in the area that can be explored. 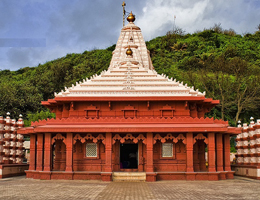 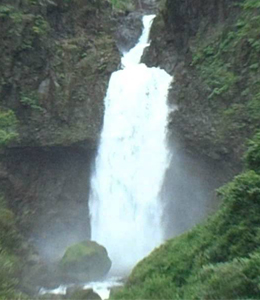 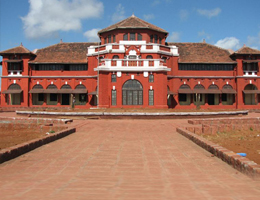 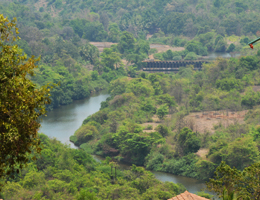 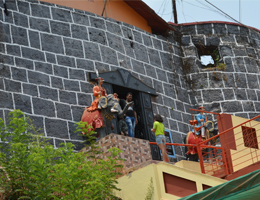 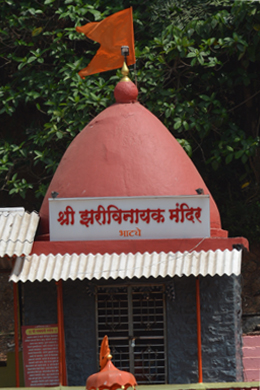 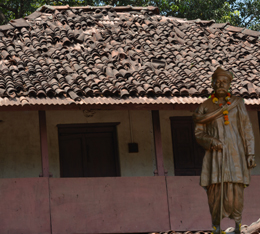 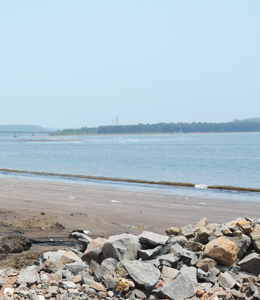 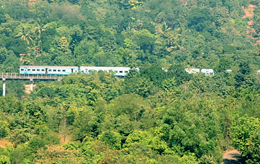 The Konkan area is famous for its clean and beautiful beaches. One such beach is adjacent to the small town of Ganapatipule. It is only 25 km from Ratnagiri and is about an hour’s drive from the Brahmagiri resort. The beach is a great tourist att

The famous waterfall is located in Marleshwar, which is part of the Ratnagiri district. The waterfall is adjacent to a cave temple, which is known to have sacred inscriptions carved within it. Every year, a pilgrimage to this temple takes place at the

In a bizarre episode of history, King Thiba, who rules Brahmadesha (Myanmar today) lived at a palace in the Ratnagiri district. After the British Imperial forces conquered Burma, King Thiba and his family were moved to Chennai. However, in 1910, the Br

The Konkan area is well-known for its beautiful rivers. Needless to say, the area also has many dams that house freshwater reservoirs in the area. Near the Brahmagiri Resort, lies the picturesque Veral Dam that is a popular tourist attraction.

The Ratnadurga fort is also known as the Ratnagiri fort. The structure dates back to 1670 and was originally constructed by the Bahmani Kingdom. The Maratha Empire, led by Shivaji Maharaj, wrested it away from the reigning king of Bijapur. Travellers to the area often visit the fort, as it is near the town of Ratnagiri. There is an easy climb up to the structure that leads to the main entrance of the Devi temple. Ratnadurga is easily accessible from the Brahmagiri Resort and a visit during the sunset is highly recommended, as you can see the beautiful rays of the setting sun lighting up the waves of the Arabian Sea.

The Zari Vinayak Mandir is yet another popular attraction that can be accessed easily from the Brahmagiri Resort. The old temple is a Ganapati temple, which is located off the Bhatye Beach in Ratnagiri. The temple is accessible by road from the Brahmagiri resort and tourists can enjoy the calm and serene surroundings of the beach. The temple is only an hours drive from the resort via NH 66 and is always worth a visit.

Tilak House is the birthplace of Lokmanya Bal Gangadhar Tilak, a renowned leader of the Indian independence movement, who is popularly known as the father of Indian unrest. Tilak was born here in 1856 and lived for 10 years in the house, which is situated in the Tilak Colony, Ratnagiri. At the time, his father worked as a teacher in Ratnagiri. Today, the house has been declared as a memorial by the government and there is a statue of Lokmanya Tilak outside the premises. His birthday is celebrated here every year. Tilak House is a popular tourist attraction and is accessible by road via NH 66 from the Brahmagiri Resort and takes around an hour to reach.

The beach is a popular tourist destination, right next to the Gateway of Ratnagiri. There is a jetty on the beach, known as Ratnagiri jetty. The jetty features a historical slope like defence structure, created by Pratinidhi Dhondu Bhaskar during the 18th Century, more than 200 years ago. The beach is only 2 km from the Ratnagiri Bus Stand and a journey of around an hour from the Brahmagiri Resort. It is well-known for its black sand and also has plenty of water sports activities, which are popular among tourists.

An easy way to get to the Brahmagiri Resort is via the Konkan Railway. The railway stretches over 700 km and was inaugurated on 20th March 1993, when its first train ran between Udupi and Mangalore. A journey via the Konkan Railway provides visitors with the opportunity to experience the breath-taking scenic beauty across the lush green Sahyadri mountains. The railway also crosses the Zuari River in Goa and the Dudhsagar Waterfalls in the State of Karnataka. Depending on where you are travelling from, the railway journey will take you by the side of the mountains, and you will experience an amazing journey that you will always remember.